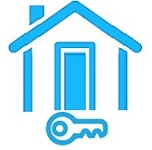 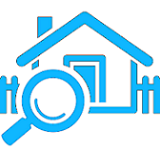 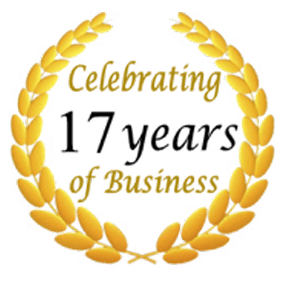 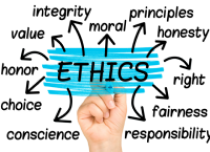 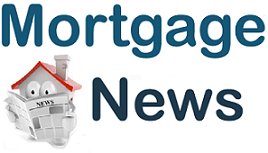 Good Friend Mortgage is a full service mortgage broker and mortgage lender based out of Alpharetta Georgia.  We provide purchase and refinance mortgage loans for all of Georgia and Florida.  Good friend mortgage has over 20 investors to choose from, so we have a loan program for nearly any scenario for the purchase of a home, or to refinance.  We have access for veterans to VA (IRRRL), FHA and USDA loans, as well as conventional mortgage loans with low down payment options, reduced mi, and other options to ensure we have the right loan for our clients.  Good friend mortgage has niche investors so we can provide mortgage funding for even the most unusual properties.  We were able to help one client obtain a renovation mortgage loan to purchase an old church and renovate it into a family home.

Good friend mortgage is one of the most respected mortgage companies in Atlanta, GA, and surrounding areas with an A+ rating from the better business bureau and a 5-star google rating.  Feel free to read the excellent 5-star google reviews to understand the service levels and product knowledge you should expect when working with a licensed mortgage loan originator (mortgage consultant) at Good Friend Mortgage.

We are one of the best mortgage companies in the Atlanta, GA area.  We are now closing loans for the children of our initial clients from 10-16 years ago!  They were kids sitting on mom's lap, now they are 26 years old, 6 foot 3 inches and just left the military or college, it's crazy how fast time flies.  We are proud to know our previous clients trust us so much they send their children to us for their mortgage loans, not just their friends and neighbors.  Please give us a call today,  we would be proud to call you a good friend and a client for life too!

Mortgage News at your finger tips

During the coronavirus crisis, “unprecedented” has become the go-to adjective. The U.S. economy has experienced a record jump in unemployment, record-low  mortgage rates and a whipsawing stock market.

All of that leaves the housing market in uncharted waters. “The biggest challenge is just overall uncertainty,” says Michael Franco, head of mortgage firm SitusAMC. “Where is the economy headed? How is the government going to play it? Has unemployment peaked?”

Those are the questions atop everyone’s minds. With the caveat that this crisis has perplexed nearly everyone who has tried to predict what’s next, here are six trends for the housing market in the third quarter of 2020.

Trend 1: Home prices are holding up

When the U.S. economy fell into recession, many feared that the housing market would follow. Instead, home values have remained strong. Nationally, the median price of existing homes sold in May rose 2.3 percent compared with May 2019, the National Association of Realtors reports.

Even in hard-hit areas like Las Vegas, where  the hospitality-based economy has ground to a halt , home values have held firm.

“The prediction that inventory was going to rise, panic selling was going to take over, causing prices to fall — the results have been the exact opposite of that,” says Bob Hamrick, head of Coldwell Banker Premier Realty in Las Vegas.

True, demand for homes has fallen. There were 3.9 million sales of existing homes in May, down from 5.3 million in May 2020. But many homeowners delayed putting their homes on the market.

As a result, there’s strong demand for the comparatively few homes that are on the market. “We’re seeing so much pent-up demand,” says Mike Miedler, president of the Century 21 network of brokerages. “Our July numbers are really just exploding.”

Federal stimulus has been crucial to propping up the housing market. The largesse has included unusually generous unemployment benefits and  mortgage forbearance  that allows borrowers to skip payments for up to a year. In addition, the Federal Reserve has stepped up its purchases of mortgage-backed securities, a move that has helped to push mortgage rates to new lows.

“We’re not seeing home prices drop too substantially just yet because of all of these federal programs,” says Brodie Gay, vice president of research at Unison Home Ownership Investors.

Trend 2: Americans are migrating to the suburbs — at least for now

The coronavirus hit hard in Manhattan, the nation’s densest living quarters, leading many commentators to predict that only the hardiest urban dwellers would keep living in high-rises and commuting on subways. Many others would move to the ‘burbs.

Around the country, real estate brokers and lenders report strong buyer interest in suburban neighborhoods, and only tepid activity in the densely populated city centers that had been hot over the past decade.

“We’re seeing a lot of people moving out of congested cities and into suburbia,” says Kyle Seyboth of Century 21 The Seyboth Team in Providence, Rhode Island.

Mortgage rates fell to record lows in June. Then they fell more in July. The average 30-year fixed-rate mortgage cost just 3.31 percent (including points) as of mid-July, according to Bankrate’s national survey of lenders.

Many economists expect mortgage rates to remain low, and possibly trend lower. “Everyone is forecasting rates are going stay like this this year and all the way through the next,” says Mark Fleming, chief economist at title insurer First American Financial.

Since mid-March, Realtors have been telling tales of consumers spending hundreds of thousands of dollars despite never setting foot in the home they’re buying. Such sight-unseen deals are made possible in part by virtual tours of properties for sale.

Until March, borrowers marveled at the stacks of paperwork that accompanied the mortgage process. But with social distancing the new rule, the lending industry suddenly embraced such practices as notarizing signatures remotely rather than in person. SitusAMC’s Franco says the pandemic provided a “kick start” for processes that long were technically possible but simply hadn’t been adopted by the industry or approved by regulators.

“It took a long time for remote notarization to get accepted,” he says. “Then in a two-week period of time, states that had taken years to approve it suddenly were approving it on a conditional basis.”

The industry has moved to a completely digital process with breathtaking speed, says Leo Loomie, senior vice president at Digital Risk, a technology and consulting company.

“We’ve seen dramatic advancements in the push toward digitization in the last 90 days. We’ve made a couple years of progress in just a couple of months,” Loomie says. “From your dining-room table, you can complete the entire transaction. It beats going to the closing company and signing reams and reams of paperwork.”

Much has been made of the reticence of millennials to get married, have kids and buy homes. The average credit score of a millennial is just 670, too low to qualify for the best mortgage rates, says Diane Tomb, chief executive of the American Land Title Association. As a result, she says, “A lot of millennials are waiting to buy homes.”

There’s a litany of reasons why Americans ages 24 to 39 are not buying like their parents did at the same age. Record student debt is one issue. And older millennials entered the job market during the hangover of the Great Recession, a reality that depressed their earnings.

However, some foresee a boom in home-buying by millennials in the coming years. First American’s Fleming says millennials want to buy homes and are poised to jump into the housing market.